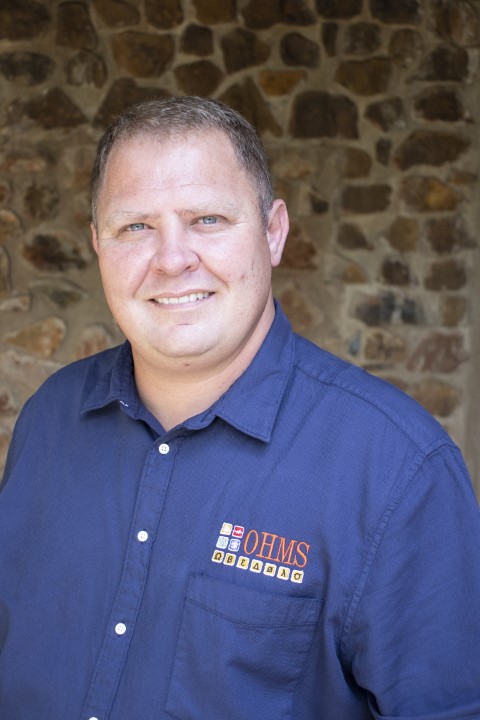 Marius Stander joined the mining industry in 1998 as a learner production official and subsequently furthered his career by qualifying as a rock engineer. During his employment with AngloGold Ashanti he worked on various operations with majority of his time spent on Tau Tona and Mponeng mines in the Carletonville area. He participated as a main contributor on a strategic project for Anglogold and also published a paper in capacity of main author entitled "The Effectiveness of Splitsets as primary support at Mponeng Mine" at the 2006 SANIRE Symposium. He also conducted work and is co-author of a paper named "Fractures around stopes in the Wits and BIC".

Marius joined OHMS in November 2009 and he was appointed as Business Unit Manager responsible for the Operations of OHMS in the North West Business unit. During 2012, he was contracted by TWP Projects as the project manager of a Pre-Feasibility study on one of the AngloGold Ashanti Mines in the Vaal River Region. Since 2012, Marius have been involved in junior miner's operations of aggregate and diamond quarries and pits to compile their relevant Codes of Practices and provide routine geotechnical services. Further he was involved in the Development of a New Board and Pillar Mine in the Northern Cape.

From 2016 to 2021, Marius was examiner for the Chamber of Mine Certificate in Rock Mechanic, Specifically dealing with Papers 2 and 3.1.

His other areas of operational and technical expertise include:
Request Quote